There are many types of tape, we often hear: painter's tape, electrical tape, ordinary scotch tape, etc. The two types of water pipe sealant tape we talked about today can be applied to pipes. You probably all know Teflon thread sealant and silicone tape, right? For pipe threaded joints, plumbers joint tape or Teflon tape can be used to repair and prevent leakage at pipe joints. There are many other names for pipe thread seal tape, sometimes called Teflon tape or plumber tape, and sometimes called thread sealing tape or PTFE tape. Wrap the thread sealing tape on the thread with silicone tape. Silicone tape is also called self-fusing tape. We must read the instruction manual carefully before use, and use it correctly.

In construction, we wind the pipe with water pipe sealing tape several times. The tape can form a seal between the pipe and the joint. Water pipe thread sealant can also play a role in lubrication, making installation and maintenance easy.

Silicone tape is also called self-fusing tape or self-fusing tape because it only sticks to itself, not to pipes. If a leak is found in the pipeline, wrap a few more times with silicone tape around the leak point to form a temporary waterproof seal. It will not let the leaking water flow everywhere, and it has gained time for a thorough overhaul. 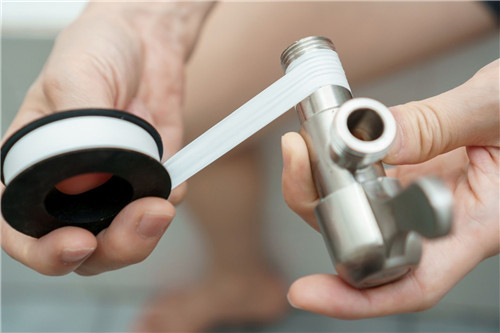 The scope of use of pipe thread tape

When a leak occurs in the pipeline, it is important to select the appropriate tape according to the specific situation. Adhesive tape can control leakage and avoid greater losses.

If there is a leak in the pipe joint, water teflon tape should be used. The joints of the pipes will become loose due to long-term use, and the tape on the threads will wear out and create voids. Pipe joints are often leaking. If the leak is specifically from the pipe joints (pipe interconnection), it may be because the pipe connections have become loose over time or the old putty on the threads has worn out. This is where water thread tape is used.

If the pipe is found to be cracked or broken, use silicone tape to repair it, ptfe tape on pipe threads is ineffective. We need to wrap a few more times around the crack to ensure adequate coverage. Only in this way can the expansion of the leakage point and the outflow of a large amount of water be prevented. After doing this emergency treatment, you can call the plumber to repair or replace the pipeline thoroughly. 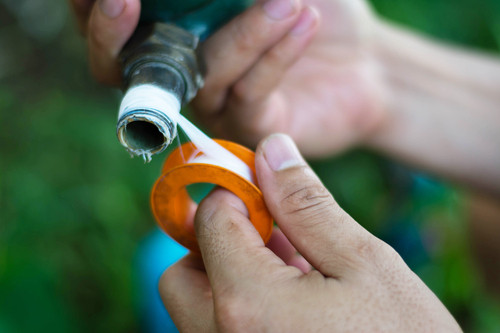 How to use duct tape？

When using waterproof sealing tape for pipes to repair leaks in pipe joints, you need to turn off the water first. Then disconnect the pipe from the joint and remove the old tape or sealant from the thread. Finally, wrap the new Teflon tape around the thread, winding a few more times, the winding direction should be opposite to the direction of screwing back the pipe. After the pipe joints are installed, turn on the water.

Using silicone tape is much easier. First find the leak, make a record and then turn off the water source. After wiping the area around the leaking point with a rag, you can directly wrap the silicone tape on the pipe. The winding should be as tight as possible, with a few more turns to achieve complete coverage and sealing.