Teflon is a hydrophobic high molecular weight compound composed of fluorine and carbon. Roy Planck, the father of fluororesin, began to study the substitute of Freon in DuPont Company in the United States in 1936. They collected some tetrafluoroethylene and stored it in cylinders, and prepared to carry out the next experiment the next day. However, when the cylinder pressure reducing valve was opened the next day, no gas overflowed. They thought it was a gas leak, but when weighing the cylinders, they found that the cylinders did not lose weight. They saw the cylinder and found a lot of white powder, which is PTFE.

The most common use of extruded ptfe film is non-stick pan. Besides being used in kitchens, PTFE is also widely used in material manufacturing and electrical appliance development. With the development of time and technology, people are increasingly pursuing low-cost, high-toughness, high-efficiency and recyclable materials, which makes high-performance commercial polymers have a good development space. By adding High density extruded PTFE to other materials, the efficient performance of PTFE can be transferred to other materials. 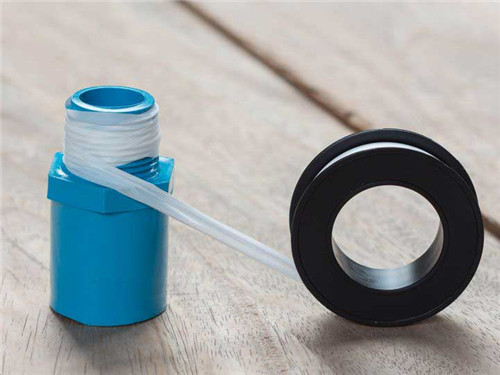 There are three dispersion modes of PTFE, and granular PTFE is generally used in the trimming of the rams because it is formed in the fluid medium by suspension. Fine powdered Low density extruded PTFE is usually used as additive to other materials, so as to enhance the wear resistance or friction of other materials. Water-based dispersed PTFE is generally used for film or coating, because this mode of PTFE is more active.

Best teflon tape has a low dielectric constant, and the symmetrical arrangement of macromolecules makes PTFE have excellent electrical properties. Its friction coefficient is very small, only 1/5 of that of polyethylene, which is an important feature of perfluorocarbon surface. In addition, due to the extremely low intermolecular force of fluorine-carbon chain, custom teflon tape is non-sticky. PTFE maintains excellent mechanical properties in a wide temperature range from-196℃ to 260℃. One of the characteristics of perfluorocarbon polymer is that it does not become brittle at low temperature. Fuel safe teflon tape is hardly corroded by any chemical agents except molten alkali metal. For example, when boiled in concentrated sulfuric acid, nitric acid, hydrochloric acid or even aqua regia, its weight and properties have no change, and it is almost insoluble in all solvents, but only slightly soluble in all alkanes (about 0.1g/100g) above 300℃. Heavy duty teflon tape is non-hygroscopic, non-flammable, and extremely stable to oxygen and ultraviolet rays, so it has excellent weather resistance.

The simple structural formula of PTFE in high quality ptfe thread seal tape wholesale is-[-cf2-cf2-] n-. C-F covalent bond determines its superiority in corrosion resistance, and some reactions such as oxidation and chlorination can't bring damage to C-F covalent bond. Because C-F covalent bond is usually protected by C-F covalent bond, that is to say, other atoms are difficult to approach the electron cloud between C-C and will be repelled by the electronegativity of F atom, so hydraulic teflon tape won't react with most known chemical strengthening reagents, strong acid and alkali, water and various organic solvents. In addition, the relative molecular mass of PTFE is relatively large, ranging from several hundred thousand to more than 10 million, with a general crystallinity of 90-95% and a melting temperature of 327-342℃. The CF2 units in PTFE molecules are arranged in zigzag shape. Because the radius of fluorine atoms is a little larger than that of hydrogen, the adjacent CF2 units can not be cross-oriented in trans, but form a spiral twisted chain. The fluorine atoms cover almost the whole polymer chain surface. This molecular structure explains various properties of liquid teflon tape.