You are here: Home » News » Industry Encyclopedia » What is the difference between expanded PTFE and threaded PTFE tape?

What is the difference between expanded PTFE and threaded PTFE tape?

Expanded PTFE and threaded PTFE tapes are used in medical, heavy-duty electrical, chemical plants and even aerospace applications. Expanded polytetrafluoroethylene (ePTFE) tape is one of the most professional variants of PTFE. Their uses range from simple gasket applications to complex membranes for high-end filtration and medical membranes. However, the similarity between ePTFE tape and thread sealing tape (also known as "plumber tape") can sometimes confuse customers and they may question whether they are the same. Let's get to know their characteristics and differences together.

Thread sealing tape is a highly commercialized PTFE tape that can be bought cheaply in almost any hardware store. It is mainly used in pipelines. Before tightening the matching pipeline, it is wound on the threads of the pipeline. The ptfe pipe thread tape’s ability to easily adopt existing thread shapes means that it can form a tight fit, thereby preventing water leakage. 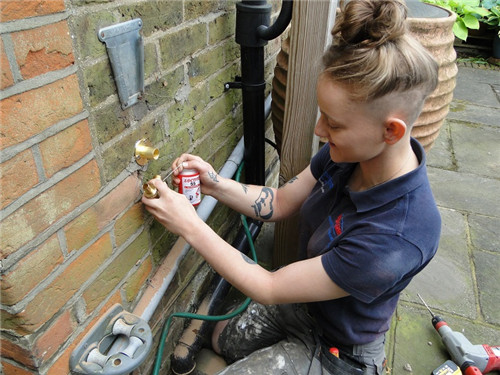 In addition to its sealing properties, ePTFE tape also exhibits a series of properties, which makes it vital in many industries. As a sealing material, ePTFE is not only used in areas that need to be sealed, but also needs to be sealed to withstand high pressure, high temperature, and resist a variety of corrosive chemicals.

The difference between expanded PTFE and threaded PTFE tape

There are many key differences in the production process. The threaded sealing tape is made by extruding PTFE beads, and then passing them through various calendering, slitting and winding operations. The end result is an unsintered PTFE tape with a thickness of approximately 0.075 mm (75 microns).

Expanded PTFE (ePTFE) tape can also be made by first extruding it. However, the belt then goes through a drying process and then passes through a stretching machine at high temperature. The stretching process requires CNC control to ensure that the stretching rate, speed and temperature are maintained in accordance with strict parameters. The resulting tape usually has a thickness of 0.25 mm to 15 mm. Thread sealing tape is a calendered, unsintered tape, while ePTFE tape is stretched and heated, which is why the tape exhibits such different characteristics.

Expanded PTFE tape has high dielectric properties. The tape can withstand huge voltages and can be used for high-end cable packaging to improve efficiency and insulation. Similarly, some cable manufacturers do try to wrap the cable with threaded sealing tape and then sinter the cable to melt the tape. However, the insulation capacity of the resulting cable is much lower, and failures may occur in higher-strength applications.

Expanded PTFE (ePTFE) exhibits microporosity. The calendering process used when making threaded sealing tape ensures that there are no holes in the material. However, since ePTFE is stretched at high temperatures, a certain porosity can be achieved. Most notably, ePTFE has hydrophobic and oleophobic properties, which means it repels water and oil respectively. At the same time, the material will allow vapor to pass through. This unique characteristic makes it a valuable material in ventilation and filtration applications. It also allows ePTFE membranes to be used as grafts and stents in the medical industry.